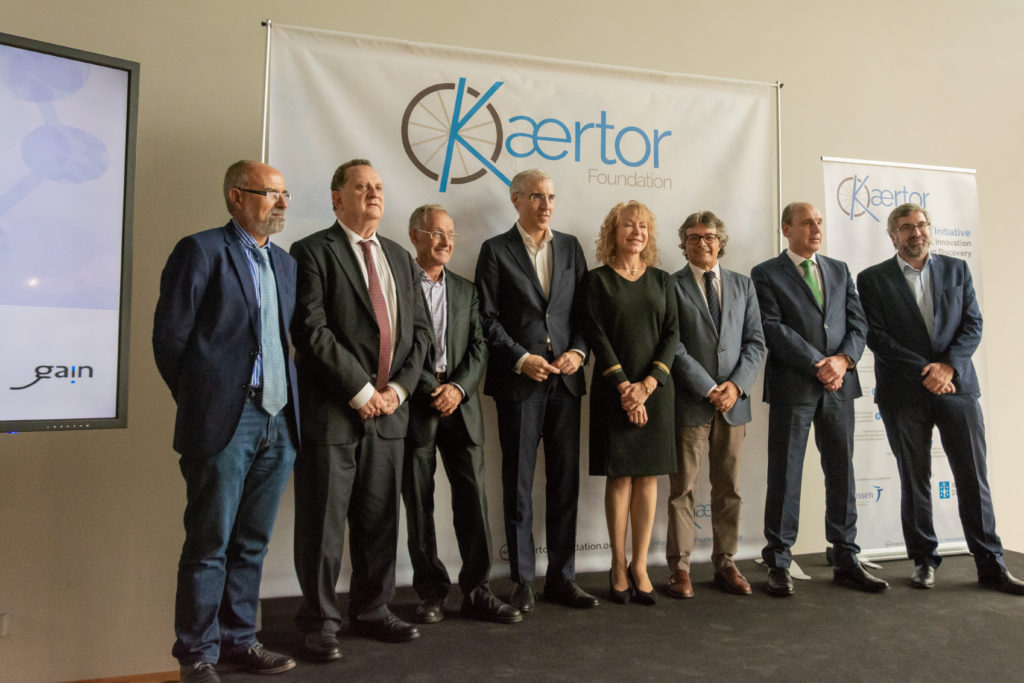 The Xunta de Galicia, through the Galician Innovation Agency (GAIN), in collaboration with the pharmaceutical company Janssen / Johnson & Johnson and the Kærtor Foundation, announced on September 20th the results of the I2D2 initiative (Incubation Innovation in Drug Discovery), the first incubator to accelerate early research projects to proof of concept in patients, in the field of the discovery of new drugs in Spain. At the end of the incubation phase, which lasted between six months and one year, the evaluation of the three selected programs begins, in which Janssen will be able to assess their possible industrial development. The search for new treatments for Alzheimer’s disease and other neurodegenerative pathologies, dementias in neurological disorders and liver diseases such as liver cancer, are the three clinical areas in which the responsible centers, all of them Spanish, have worked. There are is the company Quimatryx S.L., promoter of the first program; the Complutense University of Madrid, of the second; and the National Cardiovascular Research Center of the Carlos III Health Institute (CNIC), promoter of the program aimed at liver disease treatments.

The Galician Minister of Economy, Employment and Industry, Francisco Conde; the director of the USC Singular Center for Research in Molecular Medicine and Chronic Diseases (CIMUS), Carlos Diéguez; the scientific directors of the Kærtor Foundation, Mabel Loza and Angel Carracedo; the patron of the Foundation, José Manuel Silva; In addition to the director of R&D of Janssen Spain, Javier Fernández, led the presentation, during which a video was projected with the main milestones achieved in the initiative.

Evaluate to promote the market release of new drugs

The evaluation phase begins with Janssen, who must first study the industrial viability of the three projects, their possible investment, as well as timings, technical and human resources and figures necessary for tender presentation by other interested companies / parties.

During the previous incubation phase, each project has had a steering committee composed of the applicant’s biomedical research team and the translational research team of the Kærtor Foundation, the latter in charge of accelerating these programs approaching the investigation to its possible application on patients as quickly and efficiently as possible. Following the established criteria, the steering committee has considered that all three projects not only meet but widely exceed expectations raised initially.

During the I2D2 initiative, the novel acceleration methodology for early drug discovery developed by the Kᴂrtor Foundation was applied, allowing considerable savings. These were in terms of deadlines, financing and risks. I2D2 also seeks to enhance entrepreneurship and knowledge transfer, so that business activity, economic and social welfare can be generated, had a budget of more than 2 million euros and involved the creation of 12 direct jobs and many other indirect ones, highly qualified profiles and experience in relation to a drug discovery knowledge- based economy.

The I2D2 initiative opened its call for projects in July 2017, receiving an extraordinary response until December 2018. In the first month of the call 157 expressions of interest were received, mostly from Spain (94%). Participation of centers and researchers in Galicia has been very prominent, with 38 proposals. Overall, most of the proposals came from academic research centers: universities, hospitals … up to a total of 86%, but projects from private companies (14%) and mixed institutions (1%) were also received. Proposals covered different areas of biomedical research: oncology (38.9%), neurosciences (20.4%), cardiovascular and metabolism (10.8%), infectious diseases and vaccines (7.6%), immunology (7.6%), transversal topics and several areas (5.7%).

Through public-private cooperation and counting with one of the largest international pharmaceutical companies as the leading company, Janssen / Johnson & Johnson, collaborations will be captured that will allow the development of a critical mass and positioning Galicia on the European map of the sector, turning the region in a global HUB of open innovation applied to drug discovery. Looking for ideas and projects anywhere in the world, It is about guiding / attracting them so that these projects are developed in Galicia.

The I2D2 initiative contributes to the promotion of the Galician biotech ecosystem, reflected in a high impact on Galician SMEs in this sector, which may provide services for the development of drug discovery projects arising from this initiative. In this sense I2D2 is encompassed in the Galician Strategy for the Promotion of Biotechnology, which plans to mobilize 200 million euros by 2020, of which 125 million come from public funds.

Position of the Xunta de Galicia

The Galician Minister of Economy, Employment and Industry, Francisco Conde, stressed that the effort and work developed in this initiative by the Kᴂrtor Foundation, together with the CIMUS and Janssen / Johnson & Johnson, is being rewarded and brings Galicia closer to its goal of becoming a leading region in southern Europe in the area of services and products related to a healthy lifestyle model.
Francisco Conde recalled the commitment of the Galician Government in this regard and explained that the Strategy to boost biotechnology has already mobilized about 200 million €. He concluded by inviting the entire sector to continue with this model of public-private partnerships that allow raising the level of health research in Galicia, attracting investment, creating employment and enhancing the transfer of knowledge to the market.

We use our own and third-party cookies to analyze our services and show you advertising related to your preferences based on a profile created from your browsing habits (for example, pages visited). You can accept all cookies by clicking "Accept" or configure them in settings.

This website uses cookies so that we can offer you the best possible user experience. The cookie information is stored in your browser and performs functions such as recognizing you when you return to our website or helping our team to understand which sections of the website you find most interesting and useful.

If you disable this cookie, we cannot save your preferences. This means that every time you visit this website you will have to activate or deactivate cookies again.

This website uses Google Analytics to collect anonymous information such as the number of visitors to the site, or the most popular pages.

Please enable strictly necessary cookies first so that we can save your preferences!